Historical and artistic information on the Marche: art, history, culture and landscapes of the Sibillini mountains

There are many places still to be discovered in the Marche, its people, its landscapes and its history. After the 2016 earthquake, the entire development of the region has come to a halt, the damage has been serious and we do not want to hide it, today we are starting to build our future again, preserving our past.

What about the earthquake?

It is may be better, to try, to explain what has happened in our territory with the earthquake:
A series of major earthquakes struck Central Italy between the Marche, Umbria and Lazio regions in October 2016. The third quake on October 30 was the largest in Italy in 36 years.
There were no reported fatalities in the wake of the quake on Sunday October 30 2016,
although it was even more powerful than the 2009 earthquake that hit L'Aquila, killing more than 300 people,
and worse than the August earthquake that killed hundreds in Amatrice.
Fortunately in our Country house and in ours buildings we have not had significant damages, the fact that there have not been any significant damages is partly due to the fact that the houses of the country house were restored after the earthquake of 97 that struck Assisi, all the buildings were built in compliance with earthquake standards and therefore have resisted without problems.
Major destruction was reported in small towns closer to the epicenter of the earthquake, like Visso, Castelluccio and others.
Now we are all working for let go back to normal life, and to be ready for the next seasons. Again for the next summer not all problems will be solved, there will be some Museum or churches not yet available, it will take a little bit longer to drive on some road direction to the Sibillini, and some more inconveniences, but you will find our region more alive than ever, with a lot of solidarity between people, with a feeling of vitality that, was not felt for many years.
We wait for you the next summer in our fantastic region le Marche. 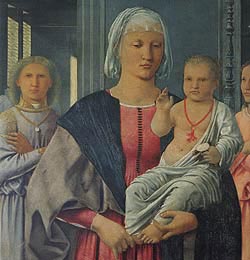 Marche is a territory that is rich in artistic heritage, an area that is famous for its inspirational landscapes and the birth place of distinguished personalities. But Marche is still a well kept secret to the wider world. The charm of Marche is a landscape of sunny plains, that is dotted with little villages, precious churches and large basilicas also isolated fortified centres in reach of populated Cities. Caravanserraglio lies in a beautiful area of the Marches. It is situated on top of a hill that overlooks the Chienti valley. Around us stretches the territory of the National Park of the Sibillini Mountains. In the winter you can ski in these mountains and in the summer you can make excursions by foot, by mountain bike or by horse. 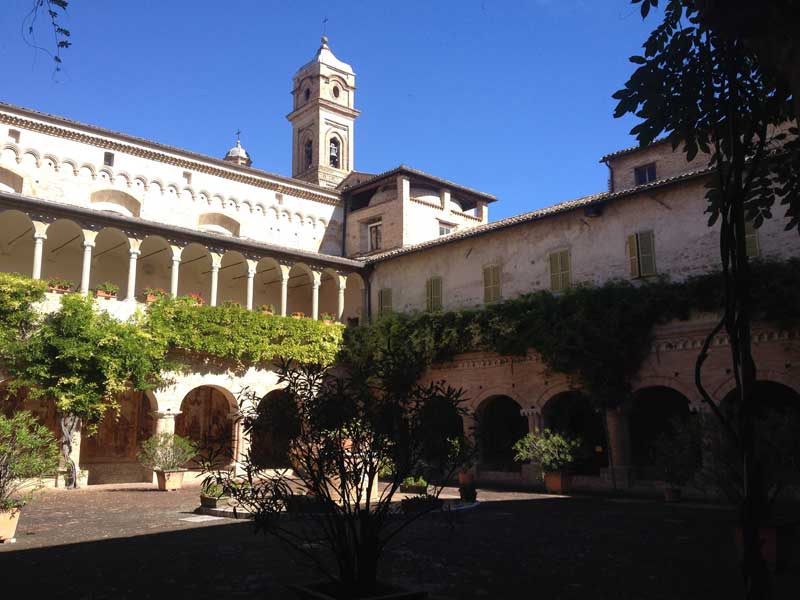 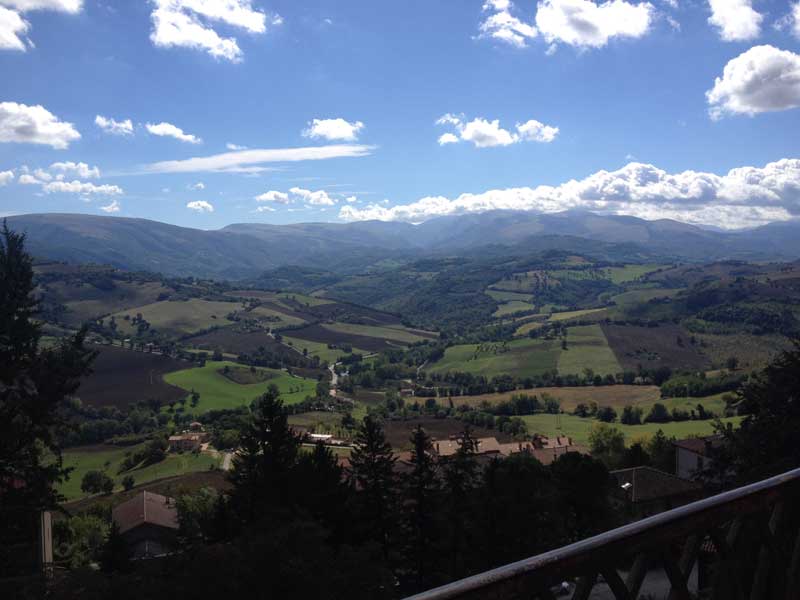 Within just a few minutes you can reach some small towns that are fascinating for their historic and artistic heritage. Like San Ginesio, Urbisaglia well known for the Roman ruins and the wonderful Abbey of Fiastra, furthermore Camerino and San Severino, two cities of importance for Renaissance art of the Marches, and last but not least Tolentino with its famed basilica of Saint Nicola with wonderful fresco's. At the small village of Serrapetrona, which you can reach by foot in about 15 minutes, the church of Saint Franciscus houses an important altarpiece of Lorenzo d'Alessandro (end 15th century). At Castel S. Venanzio you can admire the painted "Crucifixion" of Giovanni Angelo d'Antonio, Renaissance painter from Camerino who worked a lot in the area. In the nearby village Belforte del Chienti another imposing artwork of that period, painted by Giovanni Boccati for the church of Saint Eastachio.

Towards the North of Serrapetrona lies the city of Urbino, the cradle of Renaissance culture, where you can find the National Gallery of Marche, and Loreto with its fortified basilica that overlooks the sea. If you would like to spend a day on the beach it takes just half an hour to reach the Adriatic sea. There are various attractive seaside places, like Civitanova Marche, Porto Recanati and Numana with beach tents, bars and disco?s. There are also quiet remote beaches like "le due sorelle" and sassi neri. The most unspoilt beautiful beaches are at the Park of the Conero. The Conero is surrounded by a National Park and from the rocks the view is magnificent. Caravanserraglio is situated within easy reach by car from the West side of the cities Perugia and Assisi [less than one hour with the new freeway]. Florence, Siena and Rome are about three hours driving from us. 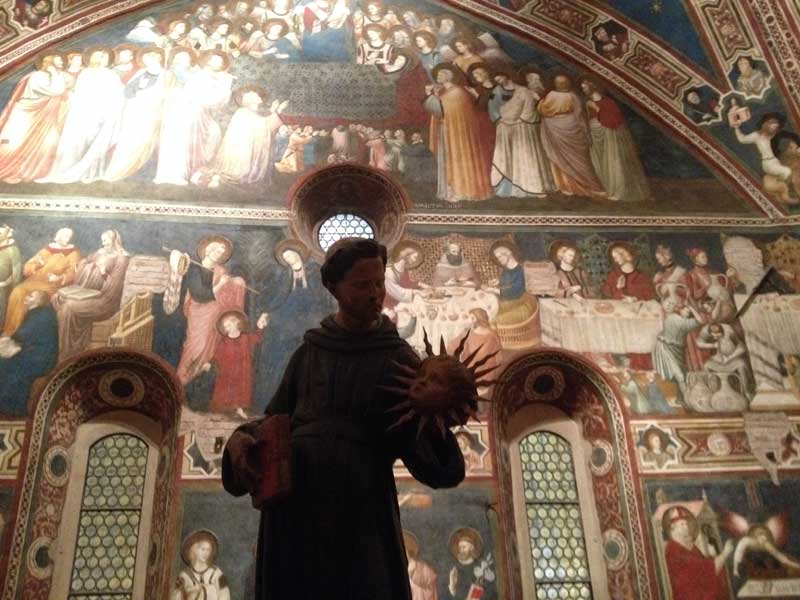 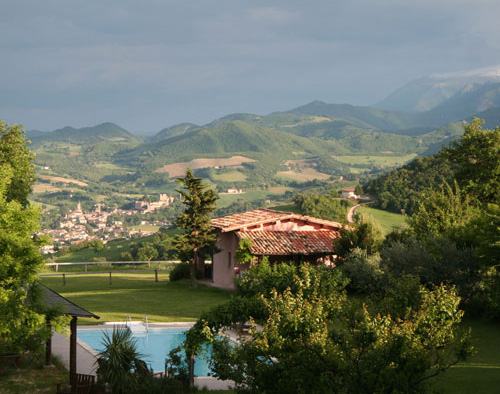